Have you ever been in the middle of a mix and you hear a track that just doesn’t sound right? Let’s say you are working on a mix of a song that has many vocal, guitar and drum tracks. The background vocals sound fine and sit right in the mix with a good blend of compression, delay and reverb but a guitar track sounds like it is going through the bus too.  You have been mixing for a few hours and are really close to a finished mix, but it is getting late and you really don’t want to play the game of hunting for the one guitar track that is routed to your vocal bus. You know you need to get the “offending” track routed to the right bus but finding that track is not going to be “fun”.

SONAR X1c makes this an easy task, all I need to do is ALT+Click on the background vocal bus and all the tracks that are routed to it will be selected. As you scroll to your guitar tracks you can easily see the one guitar track that is routed to the wrong bus as it has been selected. Now just click on the track and route it to the correct bus. By ALT+Clicking on the Bus all the upstream tracks (tracks that route to the bus) were selected. 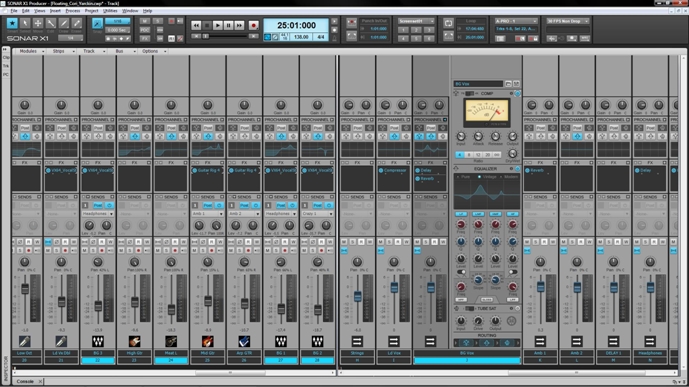 1- ALT+Clicking a bus will select all the tracks that are routed to it. In the above image I ALT+Clicked on the "BG Vox" bus (Bus J). Note that all tracks routed to Bus J were also selected. (Click the image to enlarge)

You can also do the reverse and ALT+Click on a track to see which busses it is feeding into. This is very useful if you are using track bussing and effects sends on a single track. For example, you might have a vocal track routed to a bus but use a send to feed to another bus that is providing a headphone mix for the singer. Chances are they want to hear way more reverb than you want in your mix, so you setup a bus for them and give them all the reverb they want. The problem can arise when the singer says they cannot hear the last take in their headphones. To ensure that the track is being routed to the correct bus or busses just ALT+Click on it and you can see the bus selection buttons light up. This is a quick and easy way to identify where a track is routed to. 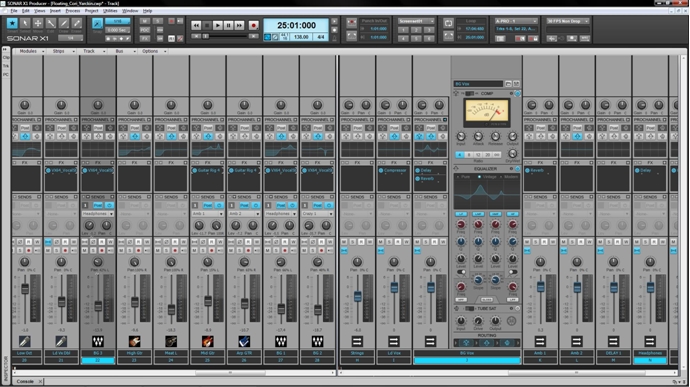 2 - ALT+Clicking a track will select all the busses that it is routed to. In the above image I ALT+clicked on Track 22. The vocal track is routed to the "BG Vox" bus (Bus J) and the "Headphone" bus (Bus N), thus they were both selected. (Click the image to enlarge)