This article was adapted from the SONAR 2016.05 Update PDF.

The SONAR 2016.05 update includes the following:

To download the SONAR 2016.05 core update, download from the core SONAR Artist, Professional, or Platinum category. All new features, enhancements, and bug fixes for this release are contained within the core update as well as the Engineering FX Suite (SONAR Platinum and SONAR Professional only). Lastly, there is also an update to SONAR Local Documentation (all versions).

“Tungsten” is a new SONAR theme that’s characterized by a darker, ironclad finish, accented with golden highlights. This theme is easy on the eyes over extremely long sessions, and is also ideal for low-lit working environments such as post-production suites. 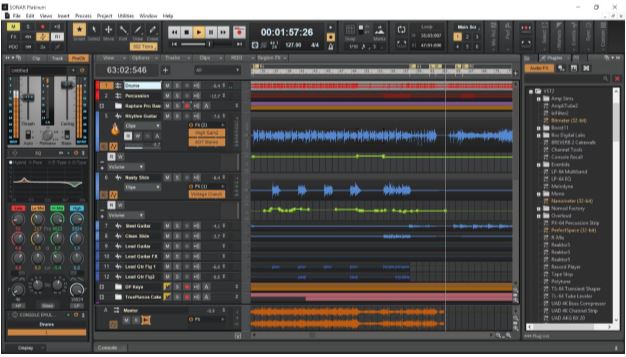 Subtle strip bar handling. Instead of coloring an entire mixer strip, the color you choose applies to a bar along the bottom of the channel. A centered highlight helps differentiate it from the WAI color. 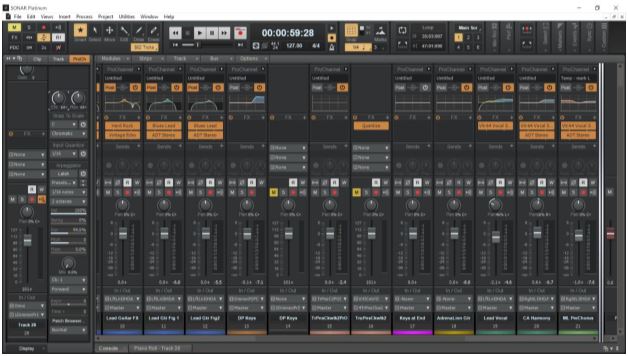 Previously, when scrolling vertically in the Console view to see various sections of a channel’s module the track name, color, and WAI pinning could “disappear” under the lower part of the console. The only exception to this was when scrolling the Inspector. However starting with SONAR 2016.05, these labels remain pinned in place and visible in Console View as you scroll.

Referring to the screen shot, note that the console view to the right has been scrolled downward to see the upper channel modules, but the track name and channel color strip remain pinned to the bottom. 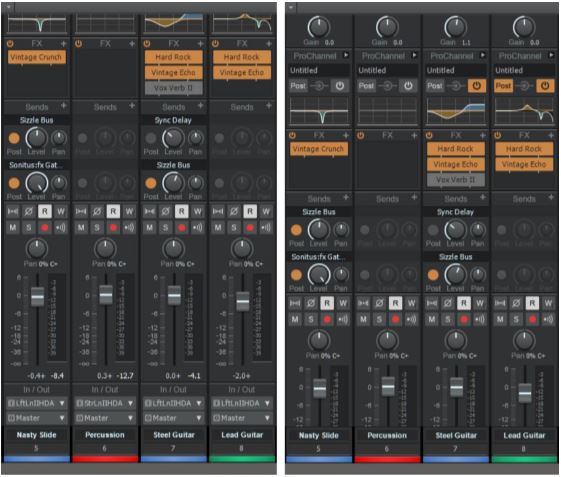