The SONAR 2016.09 update includes the following:

SONAR’s plug-In load balancing exploits the full power of multi-core CPUs to balance DSP workloads across multiple cores when possible. This can result in fewer spikes in the audio engine, as well as minimize audio dropouts that are caused by unbalanced processing loads. 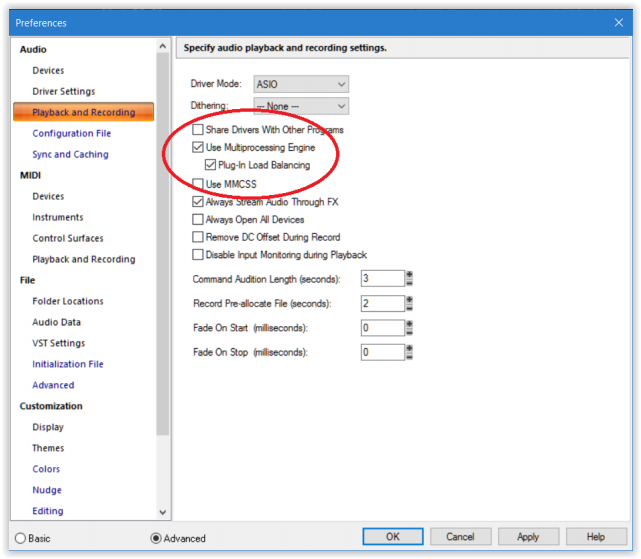 When enabled, SONAR will attempt to load balance track/bus/clip/ProChannel FX Racks, FX Rack FX Chains, and ProChannel FX Chains if any of these contain two or more unbypassed plug-in effects.(However, please note that this technology does not benefit virtual instruments in the synth rack, FX Racks with active side chains, or External inserts.)

When To Use, Or Not Use, Plug-in Load Balancing

Load balancing uses CPU power more efficiently, but it also requires some CPU power because it processes the plug-ins at smaller buffer sizes. If the loads aren’t unbalanced in the first place, any benefits of balancing may be offset by the extra overhead. So, first check out the existing performance status with the new Performance Meter modes (described in the next eZine section). Right-click on the Performance module, choose CPU Meter Display Options, then select Audio Processing Load. The Performance Meter will show whether the load on the CPU cores is balanced or not.

Do not enable plug-in load balancing if:

The Control Bar’s Performance meter gives information on your system’s resource utilization, and has now been expanded to offer three different monitoring modes. Among other advantages, the Performance meter can differentiate between how much resources SONAR is drawing compared to the system as a whole. This can alert you if something else is going on that’s taking resources.

The three Performance Meter modes are:

Audio Processing. This default mode measures SONAR’s audio processing load, and represents the ratio of the actual time taken to process a buffer compared to the buffer duration. This helps you determine if you need to increase latency, or can speed operation up a bit.

System Performance. This shows the global system-wide load across all processor cores, as reported by the operating system itself (not just reporting from within SONAR).

To choose a mode:

The tooltip over the CPU Meter shows the selected mode’s name.

Another advantage of full-screen mode is that you can leave the task bar locked in place rather than set to auto-hide, which occasionally doesn’t work properly. This is because some applications can trigger a notification that keeps the taskbar open, but doesn’t provide an obvious way to close the notification.

However it’s also important to be able to exit full-screen mode quickly if you want to use the task bar, so now there are three options. 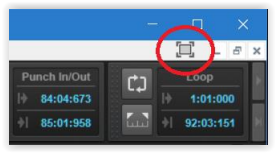 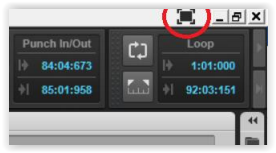 This month’s update fixes the following issues in multiple categories: