The SONAR 2017.01 update includes the following:

You can now start playback from the middle of a MIDI note and the note event will trigger and sustain for the remainder of its duration. You no longer need to start playback before the note start time in order to trigger the note. 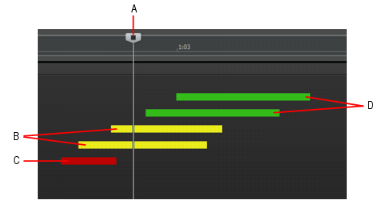 MIDI Note chasing is very useful in different situations where note events overlap the point where playback begins, including:

Matrix view cells are now editable using the Step Sequencer or the Loop Construction View. Editing a cell is easy: simply double-click on the cell to open it.

To edit a cell, do one of the following:

To insert a new MIDI row routed to a new Instrument track, right-click a row and point to Insert Instrument Row on the pop-up menu, then select the desired instrument.

Including a graphic that indicates the instrument type has always been regarded as one of Rapture Pro and Rapture Session's more helpful features. One such graphic is now provided for poly synth programs too.

And since there’s a Poly Synth instrument page, why not include some new sounds to go along with? Why not, indeed—there are now 50 new sounds with the core install.

Load Waveform and Save Program Improvements

Rapture Pro now remembers independent locations for Load Program and Save Program, which solves the potential annoyance of having to switch back and forth between folders when loading and saving.