The SONAR 2017.03 update includes the following: 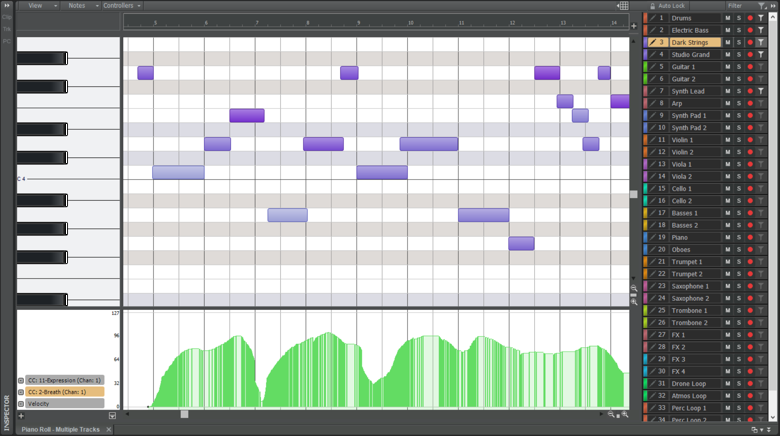 You can now click any MIDI track to bring that data into focus, while Auto Lock prevents you from accidentally editing MIDI data from other tracks. Color-coding relates tracks to data for easy identification in complex projects. The re-designed Track Pane displays twice as many tracks in the same amount of space as before, and now allows you to take advantage of SONAR’s unique Smart Swipe feature that lets you select, mute, solo, or arm multiple tracks with a single, quick gesture.

Streamlined Track pane: The redesigned Track Pane now displays in single-height rows with track-color boxes and new controls for filtering, as well as an additional mode to Auto Lock tracks that are selected but not being edited. The Track Pane now also supports collapse and expand via the same controls as other views in the Skylight interface. Auto Lock and Filter Mode are exclusive to SONAR Professional and Platinum. Also, creating custom Filter Sets is exclusive to Platinum only.

Improved Controller Editing with Single Lane mode: It is is now possible to have a much larger editing area for controllers while also having access to many controllers on the same track. Switching this mode is done with the View menu by selecting Show Multiple Lanes. Single lane mode is now the new default when opening the Controller pane.

Two-tone Color-coding of sharps/flats: When using the Piano Roll view, we’ve now made it easier to identify different notes by adjusting the hue of different Sharps & flats. Gb, Ab, and Bb are now shaded slightly different from Db and Eb to better separate them when editing. (taupe-color for Gb, Ab & Bb, blue-color for Db & Eb).

New Collapse button for Controller Pane: The Controller Pane now features it’s own collapse and expand button similar to the Bus Pane. This can be opened or closed by simply clicking the button or using the shortcut [Ctrl] + [C] when the Piano Roll view is in focused. 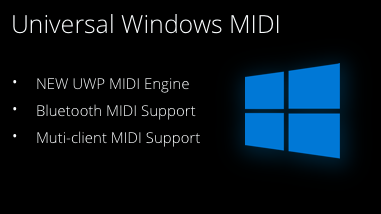 Microsoft have introduced a new API standard for using MIDI on Windows as part of the Universal Windows Platform architecture. With this comes many new advantages including Bluetooth MIDI support and Multi-Client access to MIDI ports. UWP MIDI provides a modern way to communicate with MIDI devices and can be extended to support newer MIDI protocols/interfaces. To enable this in SONAR go to, Preferences | MIDI | Playback and Recording and set the MIDI driver mode to UWP